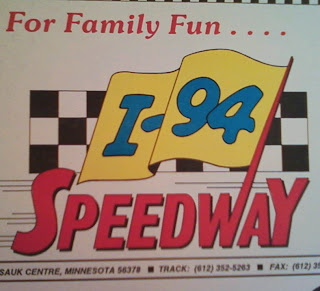 In the Spring of 1994 I-94 Speedway owner Dick Johanneck held a press conference for a small group of media to announce that he will begin a $100,000 project to change the dirt surface of the Sauk Centre (MN) track to Tar.

Dick Johanneck was a great salesman and successful businessman (PolyDome), he was at his best this day selling his new idea to the assembled media.  He was passionate about the direction of the 3 yr old racetrack and was extremely optimistic about the future of Asphalt racing, "I believe tar is the future of racing" said Johanneck "in the next five years i believe we will see 4-5 other track switch to tar."

As it turned out, the only other MN track that changed to asphalt was I-94 International Speedway in Fergus Falls (MN), the other track owned by Johanneck.  Officials from the Marshfield (WI) track visited I-94 and then switched their track to tar in for the 1996 season.

His plan was to race dirt cars on the asphalt surface which he said would take crews about 1 hour to switch their setups from dirt to asphalt with no changes to their shocks and springs.

A few drivers raced both dirt and asphalt the first couple years, and numerous big dirt track stars raced at I-94 including (Ryan Muzik, Jeff Hinkemeyer, Steve Fegers, Dave Stork, Greg Meyer, Dave Cain etc) but as the years progressed the race cars became asphalt exclusive and the rules eventually reflected that.  In the early asphalt years the Mod 4 division (below) thrived and sported the largest car counts, after a few years the INEX sanctioned Legends cars thrived. 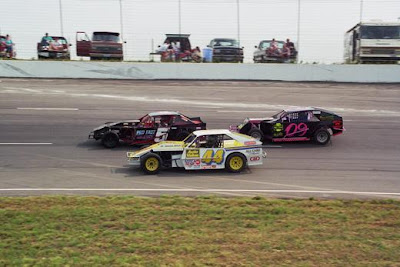 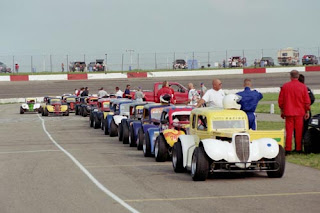 Johanneck lauded the benefits an asphalt track would bring to both the racers and the fans, "it's time to progress to better racing" he said.  Fans would benefit from the cleanliness and faster moving program by not having to watch cars packing the track.  In 1993 the track saw numerous rain delays and race programs that lasted late into the night.

Rocks were also a big problem the final year of dirt racing in 1993 with numerous fans getting hit by rocks flying into the stands and even breaking windshields of their cars in the tailgate section.  "I tried my darndest to get those rock out of the track and every week we got new ones," said Johanneck.  He also believed young drivers would benefit from having great opportunities to move up to the popular ASA and ARCA racing series.

I-94 never did host an ARCA or ASA race but they did host an ARTGO race (below) in 1994, numerous NASCAR Midwest series races, ASA Midwest tour and an ASL race. 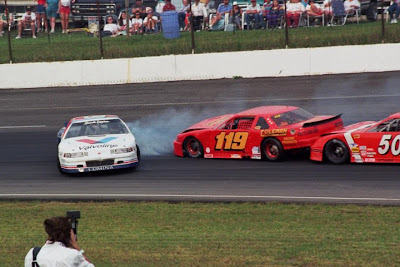 Dick Johanneck also mentioned that he was only 61 yrs old and was planning on continuing racing.  (Which he did for several more years)  Johanneck was quoted as saying "getting old is mandatory, growing up is optional."   The future of I-94 Speedway was changed in a dramatic way after that press conference in 1994.  Much of what the owner said would happen did not happen the way he thought it would, but he did change the landscape of racing in Minnesota and I-94 did spark the racing career of numerous drivers who went on to have success including; Jesse Klug, Trent Snyder, Blake Bjorklund, Bryan Roach, Rich Snyder, Andy Hanson, Nick Panitzke, Tim Olson, Nate Thiesse and others. 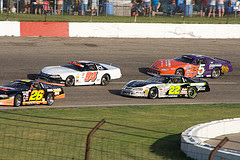 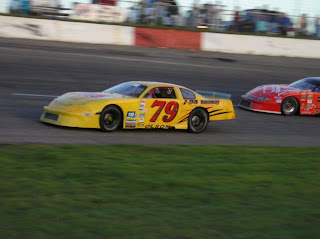 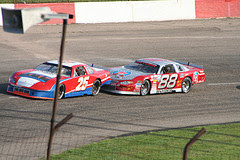 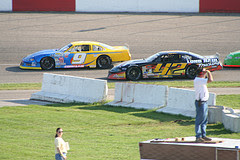 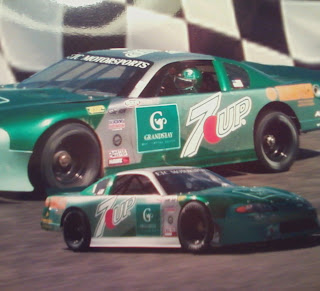 Here is the full audio of the 1994 Press Conference in which Dick Johanneck spoke with new promoter Mary Beth Cripe also talking near the end.

You will also hear Dean Reller get introduced as the new Media Specialist and future announcer "Jason Dale" Searcy asked numerous questions during the event.

I-94 Switching to Tar Press Conference 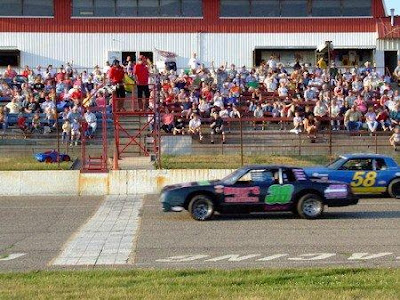 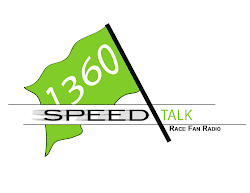 Send us an e-mail

If you have any stories about I-94 or Photo's to contribute just send them to us i94raceway@gmail.com 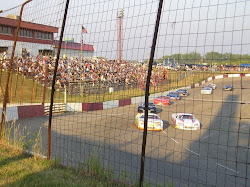 Bob Dillner at I-94 Raceway 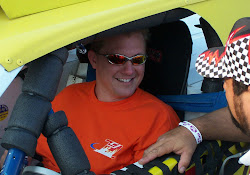 He drove Jon Olson's Modified in 2002 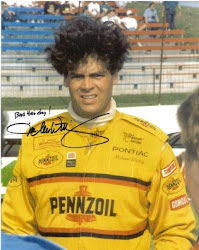 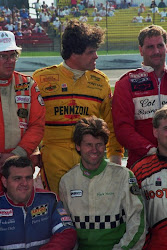 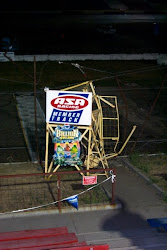 Hit by Modifed car during a race

Thunder cars at I-94